Will We Lose This Too? 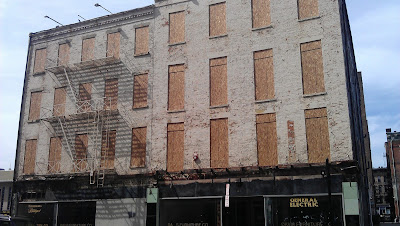 What's so special about this building?
Not much from this angle.  Except when you zoom in and look above the display windows. 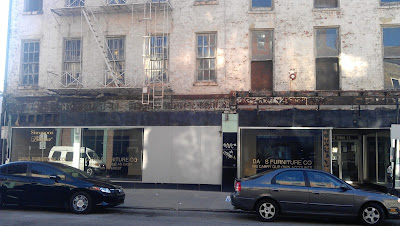 Don't do that IRL.  It smells like urine.
So, move around to another side. 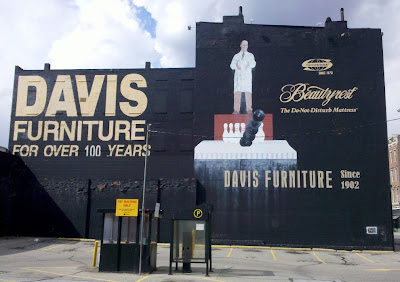 Anywhoo, it's been vacant since I've been in Cincinnati.  I can imagine business was slowing as retail in the urban core became a more and more difficult proposition.  And the riots of 2001 could not have done them any favors.
Just recently, I noticed the windows had been boarded up.  One friend suggested it's about to be torn down.  He'd heard it was too far gone to save. 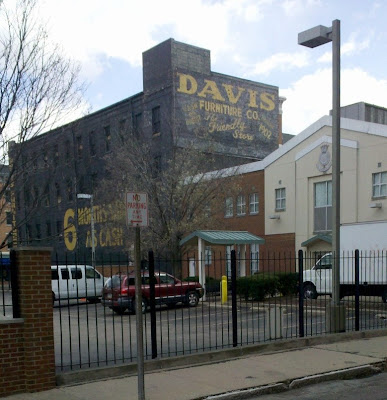 However, why board it up, if you're just going to tear it down?
Maybe the good folks at Digging Cincinnati History, or Building Cincinnati know something.
It'd be a shame to lose all that ghost signage to the wrecking ball, but, if someone is going to renovate it, they'll likely cover up the ads anyway.  So, in the meantime, it remains a gutted, urine-soaked waste of space, with some beautiful history painted on the sides.

(And we made the message boards, which indicate il diva is warming up her vocal chords.)

Posted by Gassyknoll at 8:33 AM

Gassyknoll
I'm shooting with either a Droid, or a 10 year old Olympus digital. I'm not a great photographer. I'm not an artist, or a architect, or an advertising buff. I'm not poetic, or deep. I just like looking up.